Driving a real car while wearing a virtual reality (VR) headset is almost always a bad idea. I say almost always because there is a point where not only is it okay, but it’s also a totally awesome (albeit surreal) experience. And I have the receipts – in the form of this video – to prove it.

The BMW version of The matrix

BMW calls its mind-blowing creation “M Mixed Reality”. It’s essentially a driving simulator, but instead of the typical stationary devices that display virtual race tracks and mimic real-world feedback, the mixed reality experience lets users drive on a race track virtual in a real car in a real environment. In this case, it’s the 2023 BMW M2 recently unveiled at the brand’s M Driving Academy in Maisach, Germany. 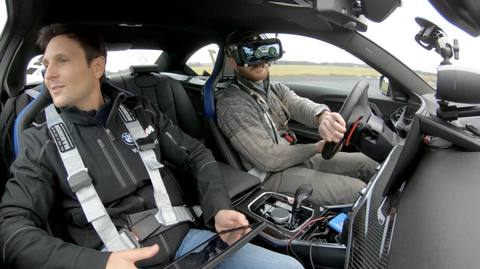 Wearing the VR headset while driving could look like a scene from Sandra Bullock’s movie bird box, but I was not driving blind. The headset allowed me to see reality until the virtual part was mixed. I also had BMW M engineer Alexander Kuttner on the shotgun, providing instruction and advice. Luckily for Kuttner, he had a side brake in case things got out of hand.

What admittedly seems like a debatable concept is actually super entertaining and widely accessible, as long as you’re like me and don’t suffer from motion sickness. Having spent countless hours playing racing video games and having previous experience in virtual reality also helped. Despite these advantages, it still took me a while to get my bearings. Never before have I found myself wearing a bulky VR headset while sitting behind the wheel of a real 453 horsepower car at the disposal of my right foot.

Once I was strapped into the safety harness of the M2’s driver’s seat and the VR headset strapped to my skull, Kuttner ordered me to follow a set of cones to a designated spot on the runway of the M2. former US military base that BMW now uses for its driving academy. The flat asphalt surface and open surroundings provided a perfect gated course, which is a necessity for this type of thing.

When I reached the loading area, Kuttner activated the mixed reality sequence, and like Neo in The matrix I was transported to a new type of reality where what I did in the virtual world had real consequences. However, I not only survived this experience, I thrived as soon as the virtual environment appeared before my eyes and a disembodied female voice began giving orders.

The rules were simple: it’s a race against time where the fastest lap wins (even though I had no idea what times I was playing against). The digital race track I drove on featured a simple figure-eight setup. For an added challenge, the track included holographic walls that appeared on either side of the track and had to be avoided to receive a time bonus. There were also floating “time pieces” with BMW roundels inside that were scattered around the track like item boxes in Mario Kart. Unfortunately, going through them only unlocked a time bonus rather than a fireable shell or a slippery banana. 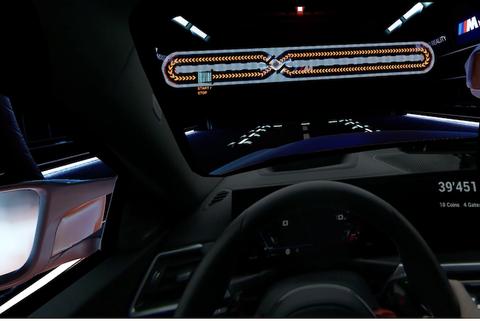 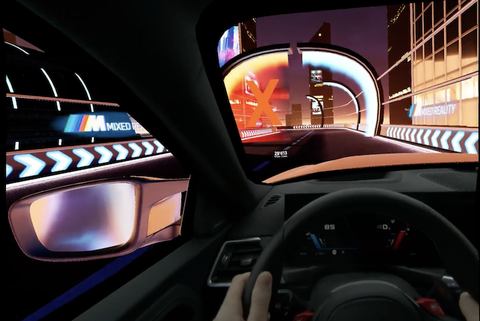 As soon as the game says “GO!” I kicked the M2’s throttle and felt the familiar sensation of acceleration, but ahead of me was a road with light barriers and floating parts. I could also hear the car’s tires scurrying over debris on the road surface and the 3.0-liter twin-turbo straight-six rumbling through the rev range. Despite the unmistakably digital world in front of me, the feedback I was getting from the car made it all incredibly real. Almost instantly, I felt comfortable in the driver’s seat and wanted to do the fastest lap possible, forgetting that poor Kuttner was still sitting next to me.

With the VR headset tracking my vision and head movements, I could see my surroundings whenever I wanted, just like in a real car. While I saw the real M2 dashboard and my hands on the real steering wheel, everything else I saw was a virtual perspective. The technology also captures the actual movements of the car and feeds them into what I was seeing. It’s this blend of digital visual cues with actual gravitational forces that makes M Mixed Reality so surreal, and it’s something I’ve never experienced in a driving simulator before.

I hope to have another chance one day, because I only had the opportunity to do one warm-up lap and one hot lap before having to return to the makeshift pits. Still, it was by far the coolest thing I’ve done in a while and something that I hope BMW takes from mixed reality to mainstream.

The future of driving simulators?

Earlier this year, BMW launched its M Mixed Reality tech, but it wasn’t until last week on a trip to Germany with the automaker that I got the chance to try it out. There, BMW M CEO Frank van Meel told me that mixed reality technology is ideal for racing driver training because it can be much more immersive compared to more advanced driving simulators. . 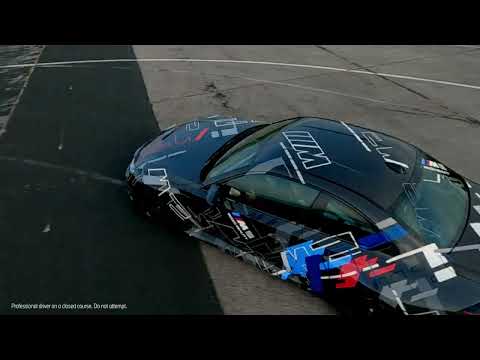 Of course, I can think of much wider uses for BMW’s innovative technology than just a tool to teach professional drivers. How about a training method for first responders or even novice drivers? The possibilities seem endless. On a more philosophical level, M Mixed Reality effectively shows how the digital world and the real world can be successfully merged.