DRIVING THE HUMAN: A 3-DAY FESTIVAL FOR A 3-YEAR PROJECT

From 2020 to 2023, scientific and artistic collaboration lead the human proposes and produces seven tangible prototypes responding to our current planetary scenarios. This year saw the second gathering of this long journey, with a series of interactive installations, screenings, workshops and stimulating performances bringing the cultural venue Silent Green to life in Berlin.

Last October, Driving the Human unveiled 21 visions for an eco-social renewal proposing new ways to engage with each other and with what surrounds us. Of these, only seven were chosen and displayed in Berlin’s former crematorium building which dates back to 1900. Each visitor was invited and encouraged to curate their own experience exploring the connections between technology and nature, AI and the circular economy, as well as new production methods, such as indigenous know-how and bacterial and interplanetary perspectives. designboom attended this three-day festival for the second time as projects grew and concepts evolved. The seven final prototypes are materialized in various ways, ranging from single-storey installations, designed objects and architectural models to interactive games, video works and performances. 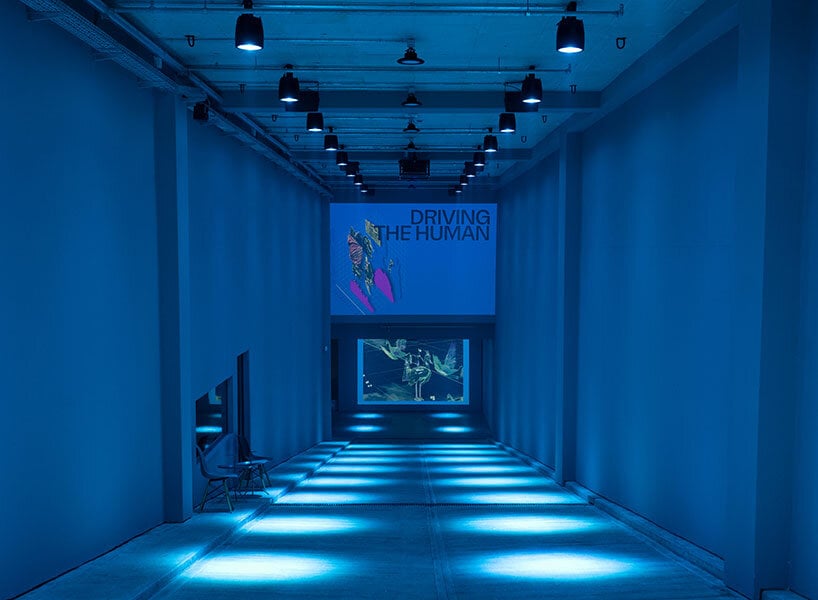 Do AIs dream of climate chaos?

Do AIs Dream of Climate Chaos by Iris Qu曲晓宇 explores the potential interconnection between AI and the fields of climate change. With code as the main medium, Chinese artist, technologist and programmer explores a future where humans, ecosystems and machines live together in harmony.

Are AIs dreaming of climate chaos speculating about a future where algorithms make decisions based on their own existential needs. Machine learning infrastructures require many human and non-human factors to operate, and these prerequisites could exceed human-implemented climate mitigation goals. In this project, speculative AI algorithms calculate competing priorities such as land use, energy, waste, and labor in a simulated ecosystem to optimize system longevity. The project aims to study the trend of creating solutions based on machine learning and to question our tendency to optimize nature. “This year, we are presenting a simulation of the ecosystem. The idea here is to put an AI in this super-local space, and the machine has to negotiate with all the living creatures that inhabit it,” explained Iris Qu. 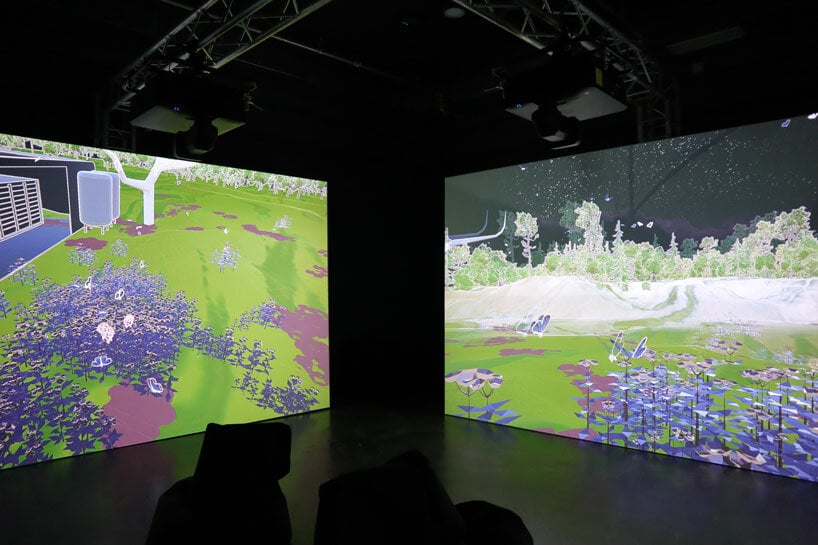 The Backpack of Wings: Modern Mythology

The Backpack of Wings: Modern Mythology represents the speculative future scenarios, which are collisions and integrations between bio-geo tracking technology for wild animals in scientific fields and animism in the myth of earthquake disasters in East Asia. ‘East. Since ancient times, whenever a natural disaster strikes, people anecdotally report that “animals knew it beforehand,” a belief tied to animals as spirit beings. As telemetry systems evolve, this animistic belief is turned into data by calculating and analyzing with the biology on the animal’s body; moreover, data on animal behavior help predict future natural events. “Through ‘The Backpack of Wings’, we are interested in finding intersections between animist mythology storytelling and scientific research, such as ‘Project Ikarus’ where researchers mount GPS trackers on birds and use the data to predict natural disasters or even prevent climate currency,’ entrusted us with the artistic duo. 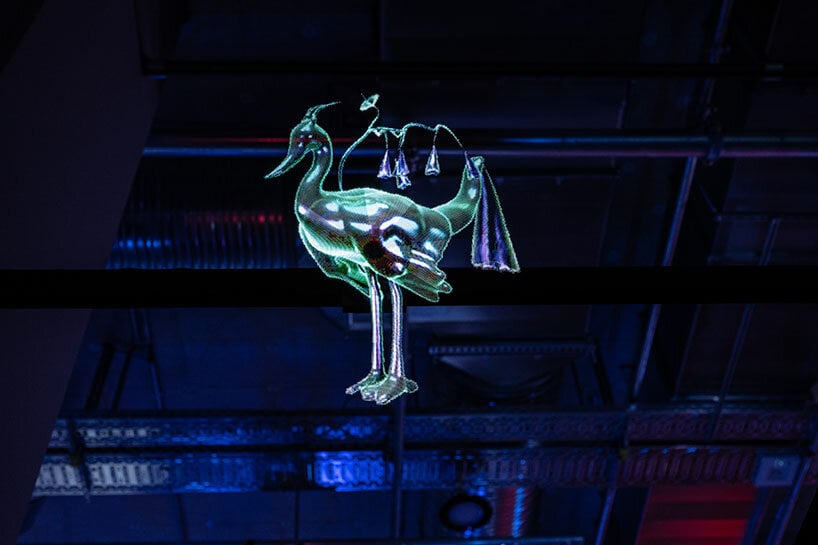